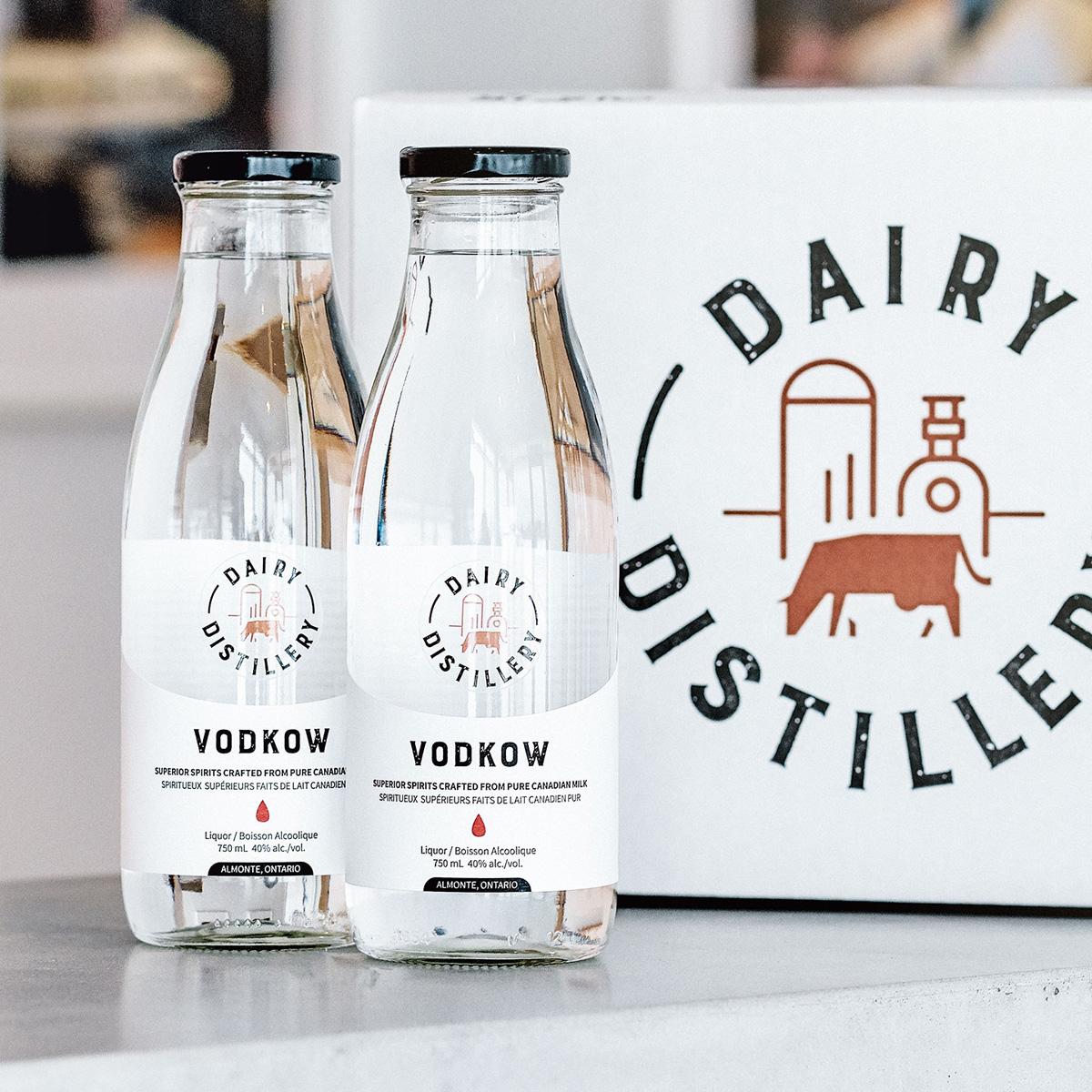 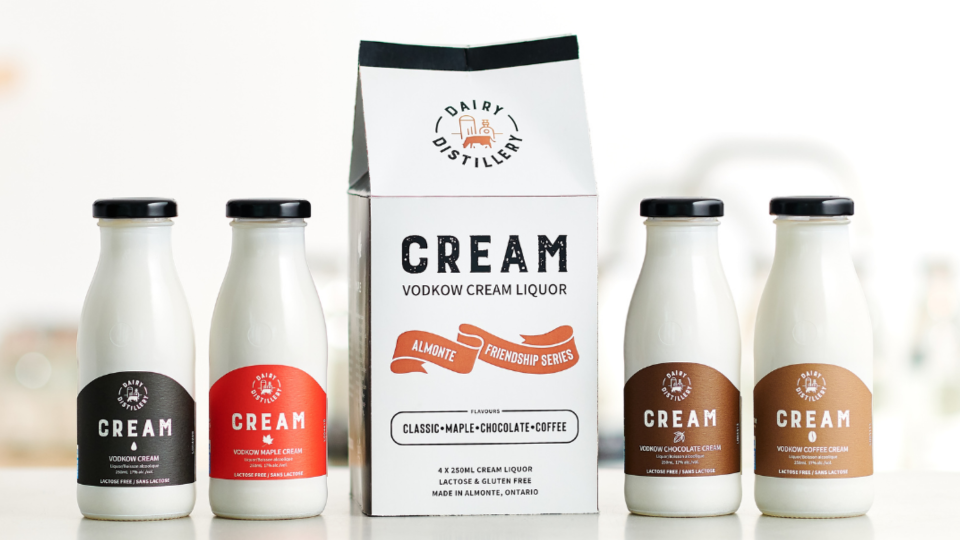 Known for its innovation, Dairy Distillery, in Almonte, Ontario, disrupted the craft alcohol industry in 2018 by perfecting a patent-pending process of making vodka from milk permeate. Throughout the year, milk from 3,500 Ontario dairy farms is sent to large processors to make ultrafiltered milk used by cheese and yogurt makers; during this process, milk permeate is produced. Historically, most milk permeate is dumped, creating a strain on the environment and costing dairy farmers who pay for its disposal.

Today the permeate is used by Dairy Distillery to make Vodkow vodka and cream liquors. Vodkow is Canada's only carbon-neutral vodka, and the cream liquors are the only spirits to feature the logo of the Dairy Farmers of Canada. Vodkow is currently in 50 LCBO stores province-wide and will soon be available in Quebec, Nova Scotia, New Brunswick and British Columbia. Valley Heartland CFDC supported the business as a start-up through innovation funding and later with a loan for expansion, providing approximately $235,000. Dairy Distillery currently employs 21 people, but construction has begun on a new 6,000-square-foot facility to triple production and employees.

During the COVID-19 crisis, the distillery began producing a Health Canada approved hand sanitizer made using naturally fermented food-grade alcohol that is carbon neutral; safe for hands and the environment.

Through a "Buy 1 to Give 1" program, the distillery donated over 30,000 bottles of hand sanitizer to groups like the Shepherds of Good Hope, Adoption Council of Canada, The Ottawa Mission and the Children's Aid Society. Over 5,000 people supported the program, enabling sanitizer donations to front-line organizations such as the Almonte Hospital, Lanark County Paramedics, and the Royal Ottawa Mental Health Centre fighting COVID-19.

Before the pandemic, the company had become somewhat of a tourist destination, and with health restrictions, that income all but disappeared. Pre-COVID the company had also been in the midst of renovations. Partnered with additional space requirements for social distancing, that meant the company had to rent space and innovate. That led to additional assistance with a Regional Relief and Recovery Fund (RRRF) loan.

The Valley Heartland Board of Directors’ diverse expertise in finance, agriculture and technology were essential in the CFDCs' decision to support the business and foresight that innovation can be an economic driver in rural communities. 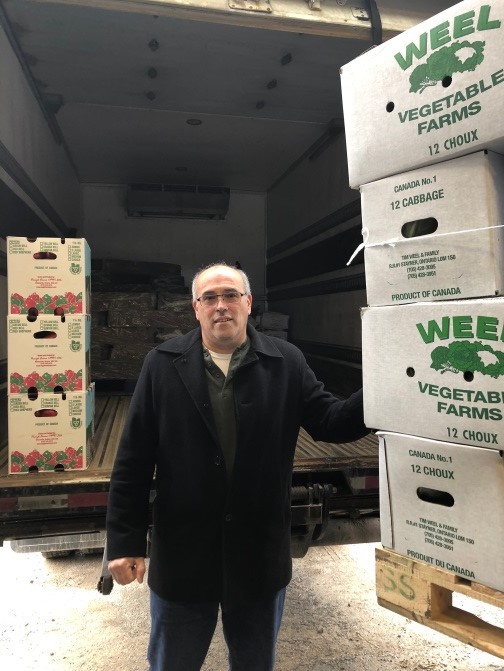 Superior Foods, a food distributor and meat processor based in Thunder Bay, is carving a niche for itself as a sustainable partner in the regional food system in Northwestern Ontario. With owner Luis Alves at the helm, the company’s focus is directed at local procurement.

Alves entered the scene in 2007 after seizing an opportunity to merge his existing distributorship called LA Quality Foods with an established meat, poultry and grocery wholesaler whose long-time owner was retiring. A loan from the Northwestern Ontario Community Futures Development Corporation Investment Pool, led by Thunder Bay Ventures, helped him seal the deal and ultimately led to the creation of Superior Foods.

“Not only did Thunder Bay Ventures provide crucial financial assistance that helped me secure financing from the bank,” revealed Alves, “but the general manager has served as a mentor, helping me every step of the way.”

In 2013, Alves approached farmers in the Rainy River District with a plan to offer them a market for their beef while supporting the Rainy River District Regional Abattoir – also a recipient of a Northwestern Ontario Pool investment – with his business. Since then, he has been providing his customers with local options by offering Northwestern Ontario beef alongside national meat products.

In addition, Alves has strived hard to create efficiencies that result in fair prices for farmers and buyers alike. Recognizing that geographic isolation is one of the biggest hurdles to overcome in Northern Ontario, Alves has stepped in, reducing farmers’ transportation costs for feed and equipment by sharing loads and making use of backhauls wherever and whenever possible.

“Recently, we negotiated a partnership whereby Canada Malting supplies us with grains that don’t quite meet their requirements, providing them a market for their grain while our farmers get access to a supply of nutritious feed at a discounted rate,” explained Alves. “We run the barley by-product to Rainy River farmers and return with sides of beef making the transportation run more economically. This way, everyone wins.”

Alves said he also has a similar arrangement with the Mennonite community in the Desbarats area. “They grow produce for us and we’ve arranged barley feed for their cattle. It helps bring their prices in line so they are competitive.”

Originally starting with four employees, Alves says that number has jumped to 10 and he’s looking at other means to grow his business, such as processing wild game and adding a smoking facility to produce smoked meats.

Finding quality local food at a reasonable price is truly a labour of love for Alves.